Float like a butterfly. Sting like a bee. His hands can't hit what his eyes can't see.    - Muhammed Ali

15ft6 are a Belgian based circus collective. They perform full shows as well as short circus acts.  Each artist brings their unique, different talents and quirks together to make 15ft6 one of Europe's most original and versatile circus companies.

In their new show 'League & Legend’, they take it to the pitch. Armed with pole vault poles and tape, watch them beat every record on their way to the top of the league...

The name of the game is irrelevant, the show anything but. 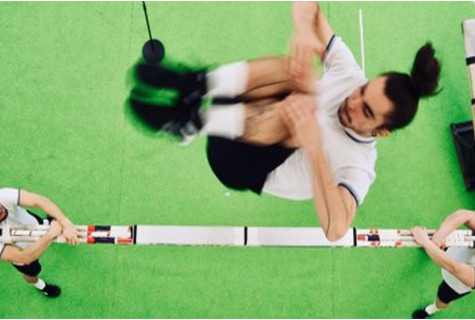 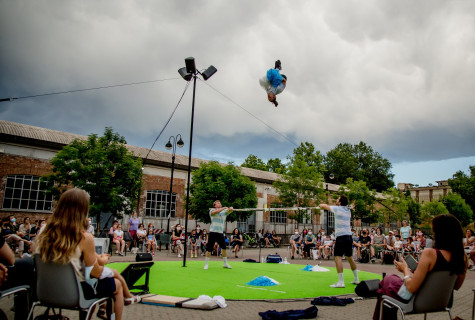 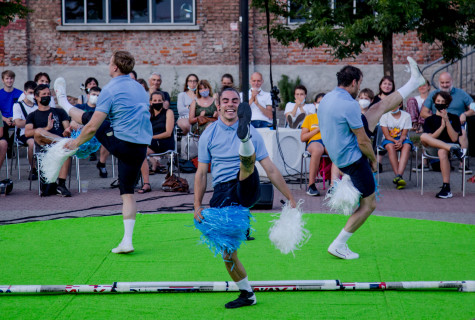