Using the power of culture and creativity to keep you inspired at home.

Our festival and the city of Hull is built on a rich history of pioneers, thinkers, creators and makers. As we navigate these difficult times, we want to use the power of culture to keep you inspired and creative over the coming weeks.

Each week, we will publish online or digital activities for families to do at home. From learning about figures of Freedom to creating your own festival at home, we would love to see what you come up with.

Don't forget to share your work with us by tagging us in your photos @FreedomFestHull #FreedomHull.

One of the things we’re passionate about is how collectively we can come together to make an impact on things going on in our world.

We aim to empower audiences and participants by celebrating the extraordinary power of creativity because we believe art can change the narrative!

As a maritime city, one of the things we’re concerned about is our world and its sustainability, which is why this week’s challenge focuses on small steps you can be doing at home.

By 2050 it is expected that there will be more plastic than fish in the oceans. Start by doing a plastic audit in your house and write down small steps that you could do to help change the world.

Resources one to nine

A major theme we always explore through Freedom Festival is the modern-day reality of isolation and loneliness, which is more topical than ever in the situation we find ourselves in today. Empowerment, equality, internationalism and community, are also themes we explore in our programme of work.

This week we announced that Freedom Festival will not take place outdoors in the city this summer.  Instead we're going to present an exciting broadcast and online programme, including live music, spoken word, talks and interactive artistic work via the BBC and digitally at home during what would have been the festival weekend (4-6 September 2020).

If you were our designer or illustrator and this was your brief to create a programme cover for Freedom at Home 2020 what illustration would you come up with? 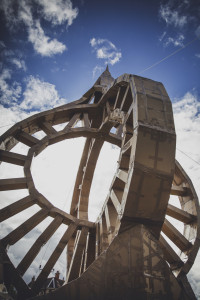 In 2016, we asked for your help to create The People’s Tower. Do you remember?

It was assembled on the Saturday of Freedom Festival using only cardboard boxes and human power, before being demolished in a mass celebration. If you have access to the internet, visit our YouTube channel to watch our highlights film from 2016 to see the tower topple.

Created by French artist Olivier Grossetête, as well as the city of Hull, the structure’s concept has travelled around the world with its creator, appearing at festivals in Marseilles (France), Sydney (Australia), Shenyang (China) and Festival Guagalajara in Mexico.

The collaboration in building the tower is where the magic happens and the atmosphere and sheer joy the tower generated was astonishing. For this activity, we want you to search your house for empty cardboard boxes and other unwanted cardboard items and use them to build your own People’s Tower.

As a maritime city with a rich history, Hull has always been a place where people have arrived and departed, with people from all different backgrounds making the city their home.

Angels by Laurence Payot is a powerful film that was projected onto the city’s buildings during Freedom Festival 2019. Produced by ArtReach and funded by Arts Council England, it celebrates the courage and strength of displaced people... from childhood lullabies remembered from another country to the things that make them happy in their new homes.

Refugees and asylum seekers from across the UK, including members of ‘Friends for English’ in Hull, created a series of visual and audio portraits reminding us all how we can cope with difficult situations and find strength in the things that comfort us. This week's activity invites you to watch the film and to think of acts of kindness which you could do.

Audiences could don a headset at Hull Libraries’ Makerspace to enjoy a unique experience, where live performance collided with cutting-edge digital technologies – now we’ve made these films available for you to view at home (on YouTube, with a 360-enabled phone, a cardboard viewer or VR headset). In this activity, we challenge you to create your own song, poem or playlist that explores the theme freedom.

Perhaps now more than ever, freedom is once again something that is at the forefront of our minds. What does the word freedom mean to you? What do you feel grateful for in everyday life? What have you been missing most about your freedom during this period of self-isolation and social distancing? What will you never take for granted again?

Using your own words, we’d like you to write a poem expressing your thoughts and feelings about freedom. Use the questions above as prompts to help shape your thinking. Your poem could rhyme, be free verse, have a full narrative with multiple verses or it could even be in the form of a short limerick. The choice is yours!

Freedom Festival was established as part of the 2007 William Wilberforce commemorations, celebrating the bicentenary of the abolition of the slave trade of 1807. Since then we have continued to celebrate the important issues of Freedom in a fun, playful, insightful and challenging way. Using art to raise awareness of important issues from modern day slavery to protest, sustainability and equality we’ve had some very influential figures of Freedom visit Freedom Festival. Who do you associate with the word Freedom? In this activity find out more about figures of Freedom and tell us what laws you would make if you were an MP like William Wilberforce.

Create a Festival at Home

Why not plan your own festival at home for Easter weekend? Easter usually marks the start of festival season in the UK, so build a Big Top in your garden or living room, allocate roles to your family, who's going to do the security and who's going to be the headline act? You could even construct a musical instrument from the items you’ve found in your recycling bin. Most importantly a festival is a gathering of people, or an event, where you celebrate something special together. So have fun at home!

Download our printable resource here >> Create a Festival at Home

Postcards from the Edge

Hull is located on the edge of the country – right on the east coast of England. It is a place we call home, a place we’re fiercely proud of and a city that is home to many great things, including Freedom Festival.

It’s also a place where we have to stay for now, so we want to know what you think is best about this place we call home.

Download our printable resource here >> Postcards from the Edge 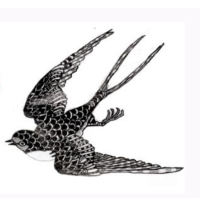 As we face unusual times, spend an hour of your day in a safe environment with nothing but your imagination: let us take your mind on a journey from the safety of your armchair. Showcased at Freedom Festival and BBC Contains Strong Language in 2019, Fair Winds & Following Seas was a completely unique and intimate experience with an original musical soundscape written by The Broken Orchestra and poetry from Vicky Foster.

Don't forget to share your work with us by tagging us in your photos @FreedomFestHull #FreedomHull or sending them to us at info@freedomfestival.co.uk.