The end of an ordinary Friday in Hull. Suddenly, blue men and women burst onto the streets with a wave of smoke and sound, transporting the city into a punk infused daydream.

French street arts titans, Générik Vapeur, have been lighting up cities across Europe for 30 years with smoke, flame, oil drums and mayhem as an enormous troupe of blue men and women lay siege to the city.

Joined by a cast of local people, they vanish as quickly as they arrived, in the midst of Rock’n’Shock music.

This is a processional show, which contains loud music and extensive use of pyrotechnics.

“An ephemeral moment that will leave feelings and indelible memories to the public.” Ouest France

Type:
This is a FREE event. 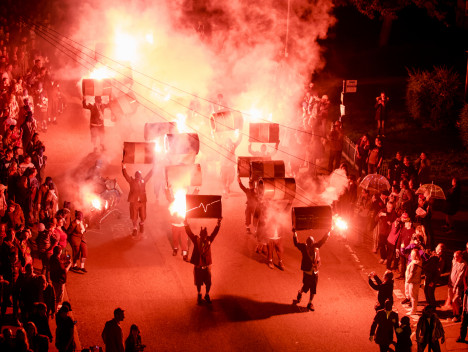 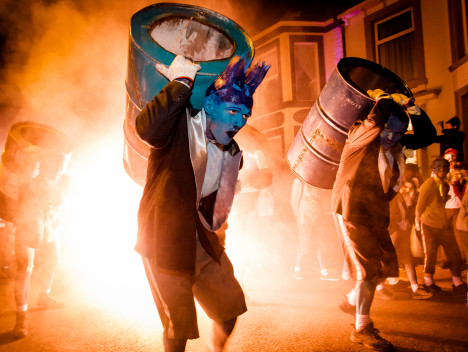