You can't miss us we are on High Street, near  Myton Bridge in the Pay and Display car park (obviously you will need to park somewhere else!!)

This is a fully seated event run in 2.5 hour sessions. That' means you have 150 minutes to purchase and eat as many of the amazing food treats on offer as you can.

CAN I BRING THE FAMILY?

We are a family friendly event with  under 16s going free.

Skullduggery - Coventry - Dessert illusionists serving up everything from roast dinners to jacket potatoes and fish and chips - as cake! Kicking off the whole "cake or fake" TikTok trend they’re planning to bring their A game to the finals - and a specially-commissioned cheesecake chariot.

Barnacles & Bones – Edinburgh - Bringing British shellfish and obscure cuts of meat to the plate. The house kitchen from the Pitt in the Scottish capital won the Scottish Street Food Awards with their king prawn, crab and avocado tostada.

Fire and Flank - Cardiff - A newbie on the streetfood scene, Fire and Flank are all about steak cooked over fire. With a flame thrower actually - powered by butane. Served up with a DELICIOUS array of sides.

Keralan Karavan - Cardiff - Krish's little red gazebo is called Laal Mahal - or “the red palace where all the magic happens”. Krish’s Bombay Tikka Taco, with Keralan-style curry sauce, wowed Sam and Shauna at the Welsh Street Food Awards. “It's our take on the hard-shelled Mexican taco” says Krish, “where we crisp up the paratha bread and fill it with masala chicken, cheese, pickles, minty chutneys and Bombay Mix which is served with an aromatic sauce made from coconut milk, black stone flower, smoky tamarind and curry leaves."

Antojitos Food Truck - Edinburgh - This brother/sister business was set up in lockdown. As an experienced chef in love with Mexican flavours, John wanted to do something more exciting than rice, beans, and mushrooms. So he did, and won the Scottish Street Food Awards in the process

Pwdin - Cardiff - Welsh desserts If you’re after the definitive brownie, brown sugar pavlova or school-style jam sponge and custard, you’re in luck. Ask Helen. She also does a cracking cheeseboard.

Janet’s Authentic - Pontypridd - Janet Wei brought her truly authentic North Chinese menu to a tiny restaurant in Pontypridd. She had never cooked on the street before, but we begged her to give it a go.

Bao Bros 23 - Huddersfield - with their home-made black bao made from activated charcoal. And a crisp halibut filling that silenced Chris Kamara at the Northern heats of the British Street Food Awards.

Greidys - Birmingham - Champions at the 2020 British Street Food Awards who are back in 2021 to defend their title. Their DEFINITIVE fried chicken is fried up by the ever-hungry Jay Reid (nickname Greidy) who believes completely in provenance of his wings and strips - and a magic gravy that contains ten secret ingredients.

I KNOW WHERE YOU ARE AND HOW TO GET TICKETS BUT WHAT'S HAPPENING?

WHO ARE THE CELEBRITY JUDGES ?

WHAT ABOUT THE DJ'S? 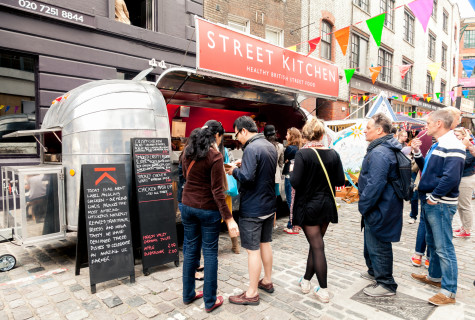 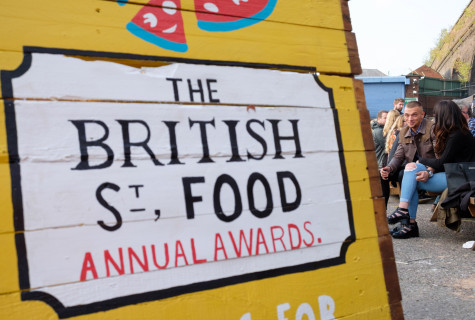 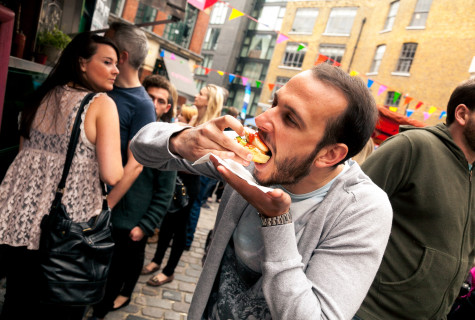