Young people from across the UK have worked with Hull design business Creative Briefs to celebrate ‘Freedom Champions’ ahead of this weekend’s Freedom Festival. 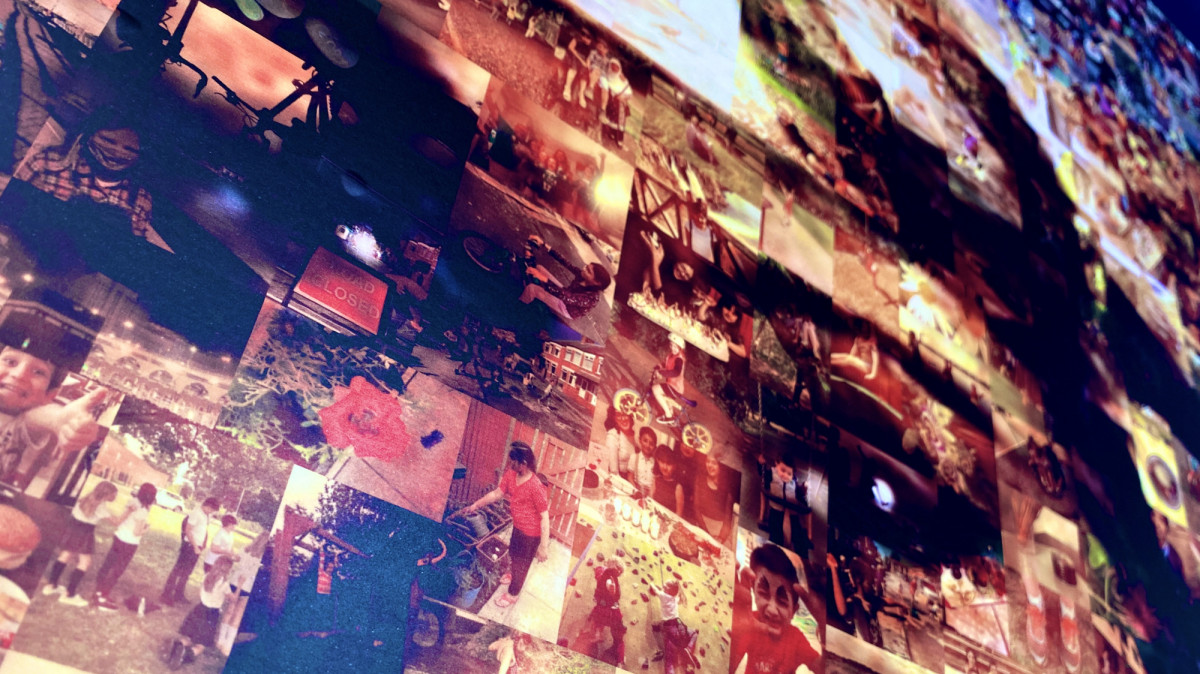 Creative Briefs, the Freedom Festival Arts Trust, and the Children’s University Trust came together at the start of the coronavirus lockdown to offer the nation’s isolated young people the opportunity to learn new design skills, and to explore and celebrate what freedom means to them.

The online project, a series of engaging online design workshops and activities delivered during lockdown months, was funded by Arts Council England.

Yasmin Holmes, Project Manager at Creative Briefs, said: “Young people from Children’s Universities across the UK were asked the question ‘What does freedom mean to you?’ They compiled images to show what freedom means to them as individuals, and they suggested and voted on two ‘Freedom Champions’ – famous individuals who they thought best represented freedom. Suggestions ranged from Mahatma Gandhi, Amelia Earhart, Matthew Henson, to sporting champions. The final two that they voted for were ones we weren’t expecting.”

Sara Burton, Children’s University Burnley, said: “It’s quite a tough question really, to think about freedom. The children talked about it, and shared lots of pictures - pictures with their families, on the beach, everything really. There were so many things, and it’s great that they can interpret the questions however they want to.”

Jason Bowers, Director at Creative Briefs, explained how important it has been to be able to continue developing ideas in partnership with the Freedom Festival Arts Trust, a working relationship that started at the 2018 outdoor festival.

Jason said: “Each year it gets better, as we’re given a little bit more ‘freedom’ to experiment. We’ve had the confidence to come up with these project ideas, and we’ve worked together to narrow down what can be achieved during the lockdown period, engaging a wider audience.”

Rebecca Shipham, also a Director at Creative Briefs, explained what the young designers have created whilst working together on the Freedom Champions project.

“You’re going to see two large format pieces of artwork,” said Rebecca. “They’re going to be put up in shop windows in Hull. All of the ideas and the related images that have been contributed by the young people form a mosaic of the faces of the Freedom Champions they’ve chosen.

“A lot of the young people who took part from across the UK are now going to be tuning in to the Freedom Festival online, so the artworks are also going to be flashed up on-screen in between items that are going to be live-streamed as part of the festival.”

On a scale of one to ten of how excited the young designers are to have their work displayed at the Freedom Festival, Rebecca added: “Eleven!”

Who did the young people choose as their Freedom Champions? Look out for the finished prints this week on Humber Street and Whitefriargate, and on our website. 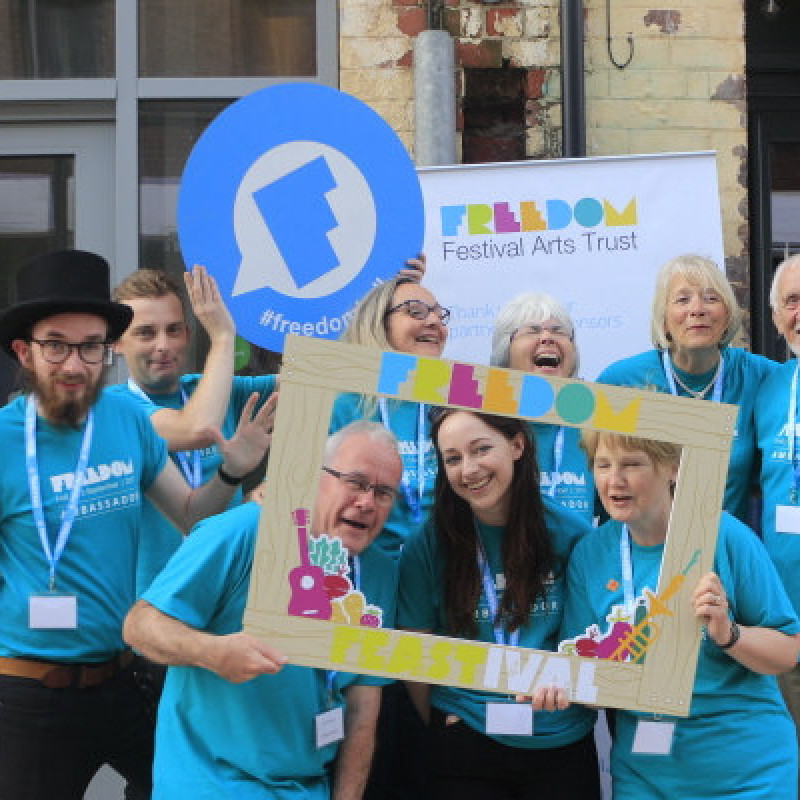 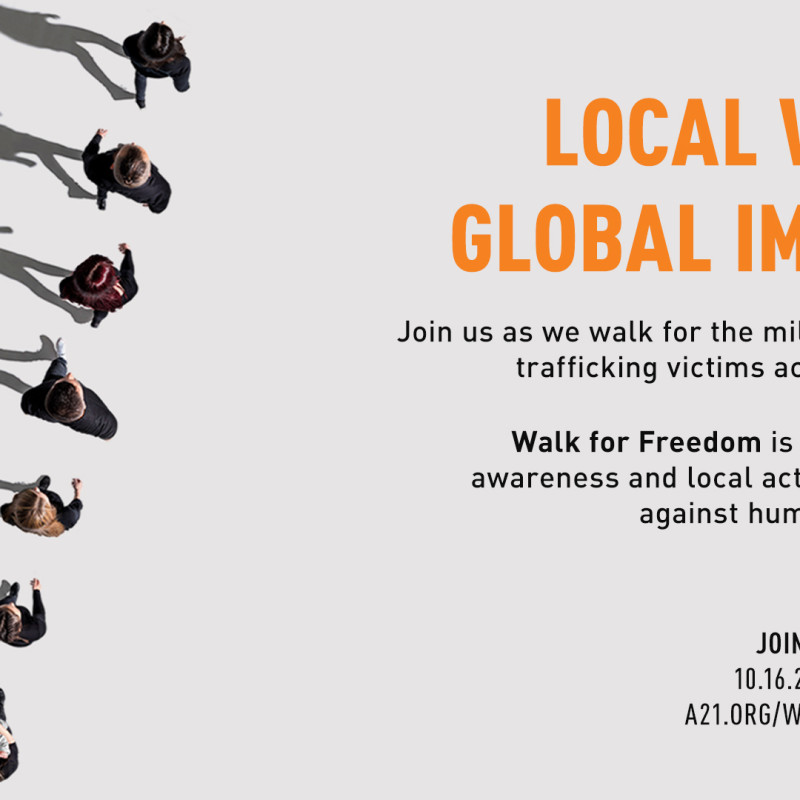 A21 Walk for Freedom 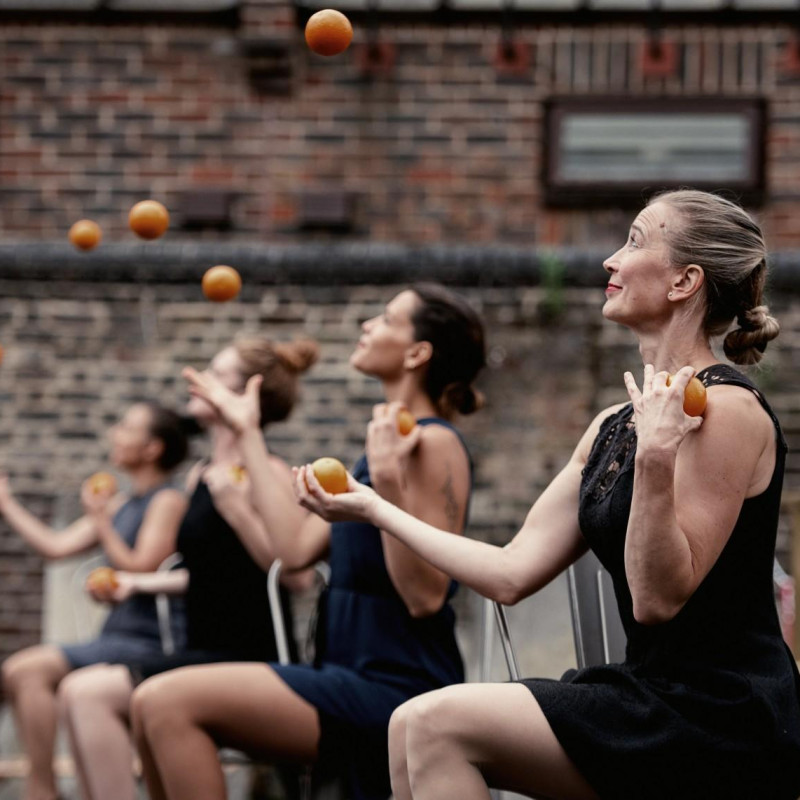